How Do We Identify Human Remains? 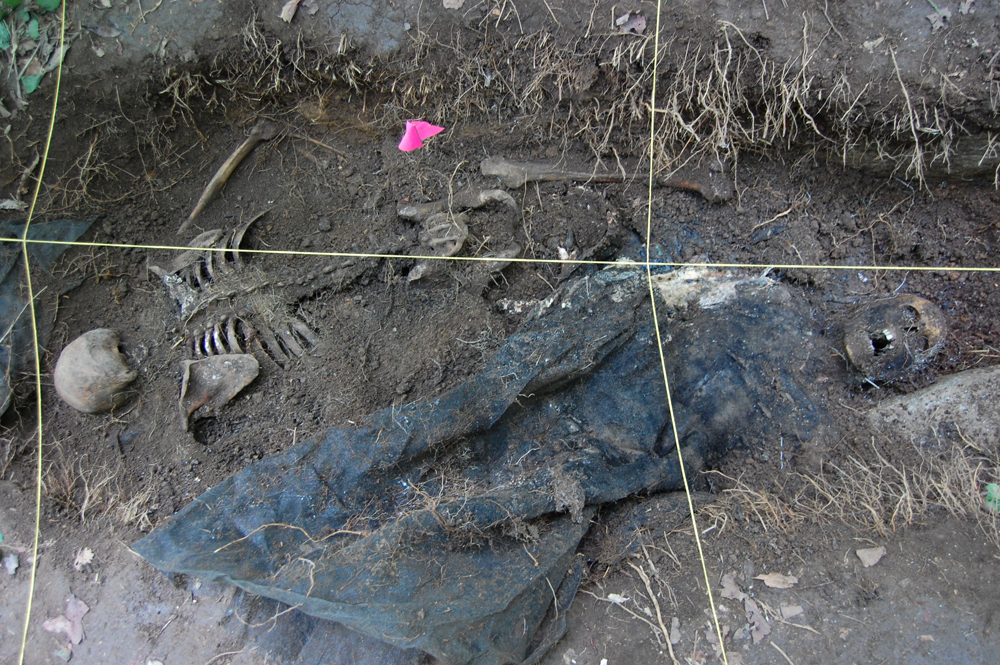 The recent case of a surgical implant found inside a Queensland crocodile has highlighted the challenges forensic scientists face when trying to identify human remains without much evidence to go on.


Did the crocodile eat a human with a surgical implant? If so, could the implant — a metal plate and some screws — be used to identify the victim? Or did the implant come from a dog?

Death by crocodile is reasonably rare. In the past decade, there have been about 67 crocodile attacks in Australia, a quarter of which were fatal.


Victim identification can be impossible in these cases, unless a body part with a unique characteristic is recovered, such as a medical device with a serial number. It’s just one of a range of potential techniques to put names and faces to hundreds of unidentified human remains in Australia.


Forensic examination of human remains is crucial to establish the person’s identity, and cause and manner of death. This way they can have a proper burial, families can get answers, death certificates can be issued and justice can be served.


It is essential for identifying missing persons, disaster victims and casualties of war.

When human remains are recovered, three primary scientific methods are traditionally used to identify who they belong to:

This information can then be compared to a database of fingerprint, dental or DNA records.


Implants and x-rays can also be useful

The discovery of medical implants during an autopsy can also be informative.


These include prosthetic joints, breast implants, pacemakers or dental implants. Investigators may be able to link these to patient records via their unique markings, including a trade mark, date of manufacture and serial number.


In Australia, the Australian Orthopaedic Association National Joint Replacement Registry and Australian Breast Device Registry collect and store information that can allow people who have had joint or breast surgery to be identified.


But there are no national registers of heart or dental implants. Such mandatory records would allow implants to be easily traced back to recipients or surgeons.


Forensic scientists can also compare medical images, such as x-rays or CT scans, taken before and after death.


For head images, unique features such as the sinuses or the arrangement and condition of the teeth can be compared.


Body scans can also be used to look for rarer skeletal features, such as fractures, amputations or cancer lesions.

These scientific techniques, either individually or in combination, have been successfully used to identify large numbers of missing persons or disaster victims.


Computerisation, digitisation and miniaturisation of forensic technologies have further improved the identification process. Now, fingerprints, teeth, DNA and medical images can be quickly and easily collected and searched in real time using portable instruments at the scenes of mass disasters.


But there are limits

These methods are only as good as the information we have from when the person was alive. So if someone doesn’t have their fingerprints on file and hasn’t visited a dentist recently, or if close living relatives aren’t available to provide a DNA reference sample or they’ve never had a CT scan, these methods are likely to be useless.


And if a surgical implant doesn’t have unique markings (as in the case of the Queensland crocodile), it makes the task extremely difficult.


So forensic scientists need to explore other methods.


Clues from tattoos and bones

Distinctive physical features like scars, birthmarks and body modifications such as tattoos and piercings, could help identify someone.


A forensic anthropologist can also study a set of skeletal remains to reveal a lot about that person when they were living — including their sex, ancestry, stature, age, disease and any fatal injuries.


Radiocarbon dating of teeth and bone could tell us when that person was born and died. And the sample’s chemical signature could indicate the region where they were born, lived for long periods or recently travelled. It can even identify what they ate.


Scientists can also reconstruct a 3D image of someone’s face if a skull is found.

Beyond routine DNA testing to determine someone’s sex or relatives, more novel DNA methods are showing promise for piecing together an image of a missing person.

DNA can now be used to predict someone’s ancestry and hair, eye and skin colour. But using DNA to accurately estimate age and facial features is still some way off.


Forensic genetic genealogy is also growing in popularity for identifying Jane Does (unidentified females). This is where investigators search a public DNA database of ancestry.com results, looking for genetic links to the DNA from the remains.


Other countries may consider adopting this technique for their cases, as long as the database owners allow law enforcement agencies to keep using the data to identify people.


The value of ‘body farms’

Human taphonomic facilities, such as the Australian Facility for Taphonomic Experimental Research, study the science of how bodies decompose. These facilities, often called “body farms”, are important for developing new forensic identification techniques. The techniques can be tested on donated human bodies before being used in forensic cases.


The best and most efficient way to identify the remains of unknown and missing Australians involves combining expertise from a number of different branches of forensic science and coordinating these efforts nationally.


So for cases where fragments of human remains are found in the stomachs of crocodiles, sharks or some other human predator, investigators now have a toolkit of forensic techniques to choose from to identify the victim.


However, in this most recent case, the recovery of only an orthopaedic device has left forensic scientists with more questions than answers.


This article is republished from The Conversation under a Creative Commons license. Read the original article.


Back To The Top Of The Page


Go To The Home Page