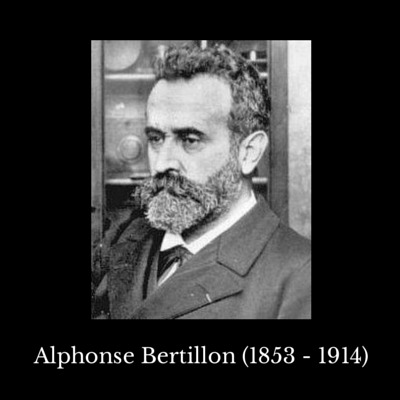 Alphonse Bertillon was a French criminologist and anthropologist who created the first system of physical measurements, photography, and record-keeping that police could use to identify recidivist criminals. Before Bertillon, suspects could only be identified through eyewitness accounts and unorganized files of photographs.

Bertillon began his career as a records clerk in the Parisian police department. His obsessive love of order led him to reject the unsystematic methods used to identify suspects and motivated him to develop his own method, which combined systematic measurement and photography.

The measurements were made into a formula that referred to a single unique individual, and recorded onto cards which also bore a photographic frontal and profile portrait of the suspect (the "mug shot"). The cards were then systematically filed and cross-indexed, so they could be easily retrieved. In 1884, Bertillon used his method to identify 241 multiple offenders, and after this demonstration, bertillonage was adopted by police forces in Great Britain, Europe, and the Americas. 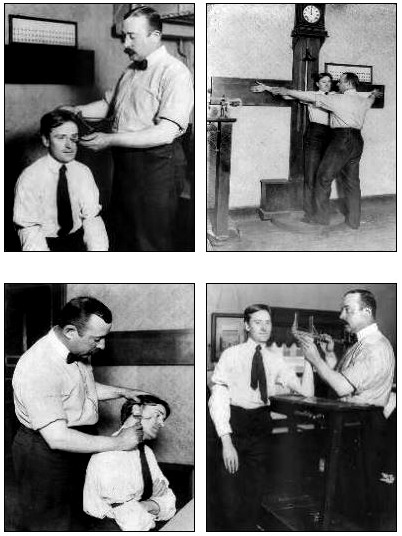 But bertillonage was difficult to implement. The measuring tools needed frequent recalibration and maintenance; the process was labor intensive, requiring rigorously trained, highly motivated and competent technicians, and was expensive. When individuals were measured several times, even well-trained officers made their measurements in different ways and sometimes failed to obtain the exact same numbers. Measurements could also change as the criminal aged. Eventually, police departments began to abandon bertillonage in favor of fingerprint identification, although some elements, such as the inventorying of basic information and features, scars, tattoos, and the mug shot, were retained.

One of Bertillon's most important contributions to forensics was the systematic use of photography to document crime scenes and evidence. He devised a method of photographing crime scenes with a camera mounted on a high tripod, to document and survey the scene before it was disturbed by investigators. He also developed "metric photography," which used measured grids to document the dimensions of a particular space and the objects in it.

By the mid-1890s, Bertillon had achieved international celebrity, through articles in popular publications, exhibition displays, and international expositions. He fought vociferously against those who advocated fingerprint identification—but eventually incorporated fingerprinting into his system, albeit grudgingly. He also worked to further the development of other forensic scientific techniques, such as handwriting analysis, galvanoplastic compounds to preserve footprints and other impressions, ballistics, and a dynamometer which measured the degree of force used in breaking and entering.

Have your say about what you just read! Leave me a comment in the box below.
FacebookTwitterPinterestTumblrRedditWhatsAppMessenger


Go From Alphonse Bertillion Back To The Home Page