Is Forensic Entomology For You?

When Popular Science Magazine published it’s 'bottom-10-list' of the worst jobs in science - an irreverent look at the more interesting side of scientific employment, described as a salute to the men and women who do what no salary can adequately reward; you might be interested to know that forensic entomology made the list! Described as "solving murders by studying maggots," insight into this particular scientific vocation was provided by leading forensic entomologist Neal Haskell.

The Steven Truscott case is among the most high profile and controversial in Canadian legal history. On the 9th June 1959 14 year old Steven Truscott went on a bike ride with his 12 year old classmate Lynne Harper. Two days later, Lynne Harper is found dead, she had been raped and strangled.

Within two days Steven Truscott was arrested and charged with the murder of Lynne Harper. On the 8th December 1959 Truscott was found guilty and sentenced to death. The death penalty was later commuted to life imprisonment. 48 years later the Ontario Court of Appeal overturns the conviction, declaring a miscarriage of justice that must be quashed

Central to this decision was the forensic evidence, in particular the entomological evidence relating to Lynne Harper's time of death. Among those to testify was entomology professor Richard Merritt whose specialty was insect growth rate based on temperature. According to Merrit the time of death suggested in the original trial was wrong and that Truscott could not have killed Lynne Harper because he was at home when she died. 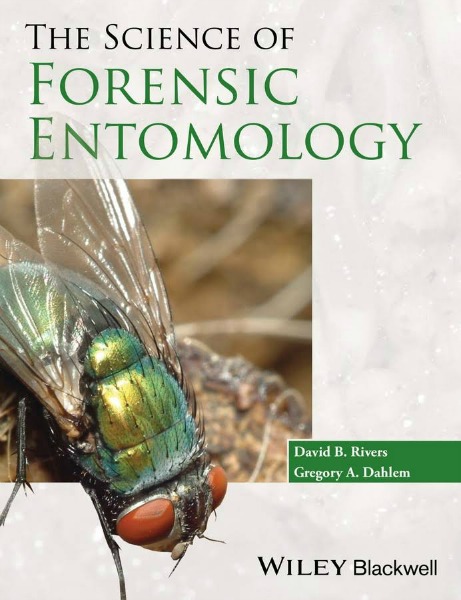 The Science of Forensic Entomology builds a foundation of biological and entomological knowledge that equips the student to be able to understand and resolve questions concerning the presence of specific insects at a crime scene, in which the answers require deductive reasoning, seasoned observation, reconstruction and experimentation—features required of all disciplines that have hypothesis testing at its core.  Each chapter addresses topics that delve into the underlying biological principles and concepts relevant to the insect biology that forms the bases for using insects in matters of legal importance.

The book is more than an introduction to forensic-entomology as it offers in depth coverage of non-traditional topics, including the biology of maggot masses, temperature tolerances of necrophagous insects; chemical attraction and communication; reproductive strategies of necrophagous flies; archaeoentomology, and use of insects in modern warfare (terrorism). As such it will enable advanced undergraduate and postgraduate students the opportunity to gain a sound knowledge of the principles, concepts and methodologies necessary to use insects and other arthropods in a wide range of legal matters.

The Science of Forensic Entomology


Go From Forensic Entomology Back To The Home Page