Why Cases Get Cold

Conventional wisdom in homicide investigations holds that speed is of the essence. The notion is that any case that is not solved or that lacks significant leads and witness participation within the first 72 hours has little likelihood of being solved, regardless of the expertise and resources deployed. Over time, unsolved cases become “cold.” Cases most likely to be classified as cold include gang- and drug-related deaths; cases involving immigrants, transients, and homeless or unidentified people; unclassified deaths; and unsolved police shootings.

Cold-cases are among the most difficult and frustrating cases detectives face. These cases are, in effect, cases that other investigators, for whatever reason, could not solve. Law enforcement agencies, regardless of size, are not immune to rising crime rates, staff shortages, and budget restrictions. Rising crime rates can tax the investigative and administrative resources of an agency. More crime may mean that fewer cases are pursued vigorously, fewer opportunities arise for followup, or individual caseloads increase for already overworked detectives. Transfers, retirements, and other personnel changes may force departments to rely on younger, less experienced investigators to work cases, often unsuccessfully.

An increase in homicide rates can increase the caseloads for the staff of crime labs and county coroners’ and medical examiners’ offices. This, in turn, can lead to reports that are delayed for months, increased chances for error, and overlooked evidence. Support services, if available at all, may be spread thin during high-profile cases that force investigative labs to expend large amounts of manpower disproportionately. These overloads can either slow investigations or discourage some detectives from using the support services at all. Criminalists and evidence technicians can also face backlogs that prevent them both from attending all crime scenes and from conducting prompt followup work. As a result, crucial scientific evidence, especially blood and trace evidence, goes uncollected. Investigators with heavy caseloads may be forced to rely on photographs of evidence or on witness testimony, which may be strongly challenged by defense attorneys.

All the obstacles that hamper homicide investigations in their early phases contribute to cold cases. Cold-cases may even allow more murders to be committed. People who have killed once, if not arrested, may continue to kill. Police failure to solve murder cases and to put the offenders behind bars often leaves the community feeling helpless. If they feel the police are not doing their job in protecting the community and witnesses of crimes, members of the community may also be less willing to cooperate with police.

A cold case squad may be a viable option for a jurisdiction that is plagued by a significant number of unsolved murders. Some cold case squads are formed because the volume of new cases or police initiatives prevents any work from being done on old cases. Some squads are formed out of convenience when a decline in new murder cases provides departments with the personnel and other resources necessary to begin investigating old cases.

The specific duties of cold case squads may vary among law enforcement agencies. Nearly all of these squads review and continue the investigation of unsolved homicides or suspected homicides in which the lead detective initially assigned has retired, transferred, or otherwise left the case. Cold case squads can be especially useful in locating and working with past and potential witnesses and reviewing physical evidence to identify suspects. The squads may investigate unsolved homicides currently assigned to a homicide detective when deemed necessary by supervisors - usually when the lead detective has exhausted all leads. Cold-case squads also perform an outreach and networking role by assisting other jurisdictions with homicide investigations as appropriate.


Cold case squads usually include at least the following:

Squads may also contain administrative or “light-duty” detectives to enable full-duty detectives to devote their time to other cases. These detectives review cases, write case summaries, list evidence and witnesses, and perform workups on witnesses and potential suspects to gather current information such as addresses and recent arrests. Light-duty detectives also compile any documentation or records that are not already in the case file. 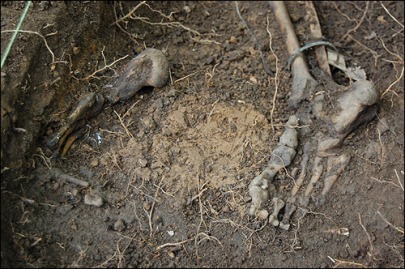 Squads may also use, as needed, the services of the Federal Bureau of Investigation (FBI) and U.S. Marshals Service, medical officer’s or coroner’s office, retired personnel, college students or interns, internal or external criminalists or other specialists (forensic, fingerprint, firearms), and administrative staff. A permanent, fully staffed and supported cold case squad can be more advantageous than a temporary or one-time squad because investigative staff and resources focus solely on solving cold cases and are more likely to be applied to cases over a long period. Budget and staff constraints, however, may determine the particular squad setup.

The U.S. Marshals Service has a number of joint-agency fugitive task force units around the nation. Local or state police departments often send an officer to work with the task force, and a cold case squad may gain assistance in this way. Cold case squads should contact their local Marshals’ office to determine what assistance may be available for a specific investigation. The FBI assists local law enforcement agencies with cold cases through its National Center for Analysis of Violent Crimes, which is headquartered in Quantico, Virginia. The FBI formerly helped police departments form cold-case squads, but it now focuses its cold case assistance on cases that involve gangs and drugs, as a part of the Safe Streets Violent Crimes Initiative.

Because cold-cases can be very labor-and time-intensive and may require innovative investigative techniques, squads are most effective when they consist of investigators who have significant experience in investigating and prosecuting various types of homicide cases. Traits considered essential for cold-case investigators include:

Some cold-case squads encourage additional training about modern criminalistic technology and about services for victims’ families (such as support meetings and witness protection resources).

Cold-case squads offer various types of additional compensation, such as the ability to work regular daytime shifts, earn increased salary and rank, and use separate offices and equipment (including automobiles).

The size of the staff determines the number and type (team or individual) of investigations that can be conducted. Several investigators may be assigned to a case depending on its nature, the type of work involved, and the size of the squad. If possible, the cold-case squad should be given an office separate from that of the general homicide squad. Separate work space may help prevent cold-case detectives from being drawn into general homicide cases, especially high-profile cases that require more resources. In some instances, officers rotate periodically between general homicide assignments and cold-case squad investigations.

The process by which cases are reviewed and considered for referral to the cold-case squad varies. These cases are usually at least a year old and cannot be addressed by the original homicide squad because of workload, time constraints, or the lack of viable leads. Cases are referred to a cold-case squad by the homicide squad supervisor or other homicide detectives. In many instances, the supervisor, either with or without the input and consensus of the squad, decides which cases are referred to the cold-case squad. In some instances, prosecutors will reopen cold- cases or initiate cold-case investigations with state and local law enforcement agencies. Witnesses that were previously uncooperative or unknown may come forward with information that leads to the reinvestigation of a cold-case.

Cases are reviewed and prioritized according to the likelihood of an eventual solution. The highest priority cases are those in which the murder victim, or even a second surviving victim, has been identified; the death was ruled a homicide; suspects were previously named or identified through forensic methods; an arrest warrant was previously issued; significant physical evidence (such as fingerprints, DNA, or shell casings) can be reprocessed for further clues; newly documented leads have arisen within the last 6 months; and critical witnesses are accessible and willing to cooperate.

High (but not highest) priority cases generally are those in which witnesses can identify suspects; information or evidence can identify possible suspects; or the initial investigation identified witnesses who could not be located or need to be reinterviewed. Cases of moderate priority include those in which preserved evidence can be processed and analyzed through modern technology (such as an automated fingerprint identification system, DNA analysis, or DRUGFIRE, a computerized program that tracks signatures on spent shell casings) and whose status as a homicide can be reclassified depending on the results of the additional laboratory analysis. Cases that generally receive the lowest priority are those in which no known physical evidence or witnesses are available to help identify a suspect.

Cold-case investigators usually start by reviewing the case file, talking with all previous investigators tied to the case, and obtaining any notes they may have that are not in the case file. Investigators are particularly interested in reviewing or locating any gaps of information in the case, including people mentioned in statements that do not have a corresponding interview report in the case file, undocumented investigative actions (such as search warrants without documentation of service), and so forth. Any available evidence is assessed for future usability and additional analysis. The original suspect is rarely reinterviewed.

After reinterviewing significant witnesses and working all viable leads, if no suspect can be identified, the detective writes a summary documenting the followup investigation and recommending either further investigation or inactivation. A homicide case can be closed either through arrest of the suspect or by administrative action. The arrest of a suspect renders a case closed regardless of whether the suspect is convicted or even brought to trial. A case may be closed administratively if the suspect for which the department has probable cause either has died or has been prosecuted for another crime and is behind bars for life.


Go From Cold Cases Article Back To The Home Page